Dear Friends & Fans Everywhere Around The World.
Joe Kidd & Sheila Burke need your vote in the final round for the 2017 REVIEW MAGAZINE MUSIC AWARDS. We are nominated in the MISCELLANEOUS category 3 times. ...... BEST CD RELEASE, BEST MUSIC VIDEO, BEST WEBSITE. Please go the official website here
https://review-mag.com/awards-nomination/Miscellaneous
to easily register and vote, if you have an email, you can do this. we need your help and we appreciate your time and effort very much . please feel free to share this post ...

Joe Kidd & Sheila Burke are thrilled to announce the availability of our version of the music to accompany this historic event Art in a Corner. We have joined a group of international musicians and artists including Brian Wilson, Elvis Costello, and many others in this historic charity event officially endorsed by Paul McCartney and Ringo Starr. Put together by Eazl UK it is traveling through UK and elsewhere. Joe Kidd & Sheila Burke accepted the invitation to create our version of the song titled Man In A Corner written bySteve Somerset for the project and based upon the only painting in existence that all 4 Beatles created together. Thank You to everyone involved in this epic gathering of conscious artists. Please visit this page to order a copy of the music ... and browse to discover more information
http://www.pledgemusic.com/projects/artinacorner/items/173970?utm_campaign=project13787

Joe Kidd & Sheila Burke have been away from home for 2 weeks as part of the 2016 tour to support Everybody Has A Purpose.
We arrived safely back in Metro Airport last night.
It is often the case that we all look around our environment and say to ourselves "nothing happens around here".

While we were gone, we had very limited access to television, radio, and other media.
We were very busy all the time and it is true that when you are embarked upon a tour schedule, much of what you experience is hotels, airports, and concert venues.

While we were gone, much of the world did actually end and begin again.

The Greatest, Muhammad Ali died during the month of Ramadan.
Regardless of your thoughts on his beliefs or even his actions, this was a man who taught us at a very young age, to stand up to authority, someone who backed up what came out of his mouth every time, someone who actually did respect and cherish the whole world. This was an elegant, and eloquent hero, a creator of history making sure that the world was a different place simply because he was in it.

Yesterday, as we were waiting to board the plane home, we heard about the shootings in Florida.We were stunned by the idea that anyone could or would commit an atrocity like that upon people they have no connection to.

Now it is time to jettison logic or try to figure out the how and why. There is no reason to this crime. There is no "sickness" that it can be attributed to, or blamed upon. There is no predictability to these acts of nonsense. So, we ask you all to live courageously and righteously, and cautiously. Be alert and aware of where you are and who you are. Be a peaceful warrior, be kind and generous with whatever you possess. Arm yourself with love. Be ready to do whatever may have to be done. Do not rely on others to save you or do the hard work for you. Empower yourself with confidence.

Joe & Sheila thank all of the super people we encountered on our western tour. Countless folks who supported us, opened doors, fed us, gave us direction, listened to us, complimented our work, and went out of their way to make this a great adventure for us.

We drove west to St Louis. Stopped at Route 66 Music Store. Went on to Tulsa where we played at the Woody Guthrie Center Theater and visited the incredible museum filled with guitars and instruments.
Drove on to Amarillo Texas, we were going to play in Rockport, Texas, but access to it was blocked because of torrential rain and severe flooding. From there we drove to Albuquerque, New Mexico and then to Flagstaff, Arizona. We were scheduled to play at the Hopi Indian Town of Kykotsmovi Village, Arizona, but just before we were to begin the venue was cleared by a fire alarm.
From there we drove on to The Venetian Las Vegas. We played a mini concert at the Desert Inn.
From there we drove to Joshua Tree, California. We spent the night there. We played music in the desert in the parking lot of The Beatnik Lounge. We rolled into town just in time to be too late to join some great musicians atPappy & Harriet's, but we are assured for next time. From Joshua Tree we drove to Long Beach, Calif. where we appeared on the deck of The Queen Mary, such fun and greatly moving because of the incredible history it holds. We finished up this leg of the tour in Los Angeles/Hollywood California where we were showcased before a packed room at the legendary Genghis Cohen Theater.

There were many of our friends and fellow artists and people who worked on our record, that we wanted to visit with while we were there but time and location did not work out, we will see you all next time.

And that was just the description of the music part of the tour. We were able to visit landmarks and gorgeous sites and unbelievable vistas and so much more, but that will be for another travelogue post.

Joe Kidd & Sheila Burke welcome you to our new home on the web.

This is the place where the new CD 'Everybody Has A Purpose' will be presented to the world.

We have given every effort and all of our energy to make this record both powerful and beautiful.

We are happy and excited that it has received a Global Music Award even before it was released, and that it has gotten great reviews from both fans and critics.

We are honored to have YOU here with us now. 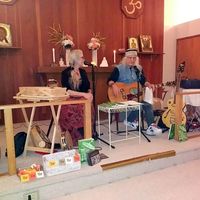 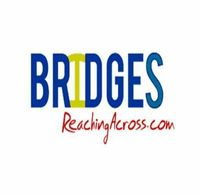